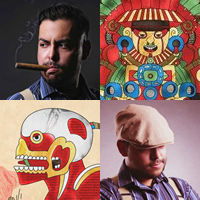 Born in San Antonio, Texas and raised in Monterrey México. Emmanuel Valtierra studied Graphic Design in the University of Nuevo Leon (UANL) and Photography in San Antonio College. After some time, he adopted the aztec codex style for some of his works bringing him attention from the public. Releasing first a series of pop culture images, playing cards, and finally the book "Codex Valtierra". The book had a Kickstarter campaign and won praise at the WorldCon 2018 in San Jose California.
The love Valtierra has for history has influenced him on all his projects. The goal is to keep teaching new generations about our past in a fun way in every media possible. In the future, Valtierra is planning to release more books, direct more videos, and work on more games for his public and followers.

All products are linked to a Facebook e-store. If you are not located in USA and would like to purchase anything from my catalog, please contact me directly. 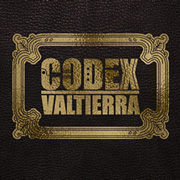 Codex Valtierra is an Illustraded book that recounts the events of the war that the Aztects had against the Spaniards. Now image a world where the Aztecs had defeated the Spaniards. How would our world be different? click here to buy 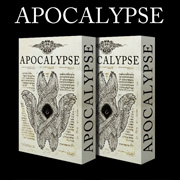 Demonologie, Angelologie, and Mascherata playing cards. Printed on LPPC and NPCC. Get them all while they last! click here to buy 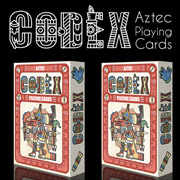 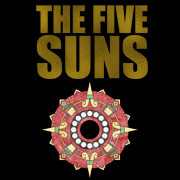 2 Books in one. Written by Carolina Storyteller and Illustrated by Emmanuel Valtierra. Perfect for kids between 5 and 12. click here to buy 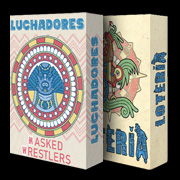 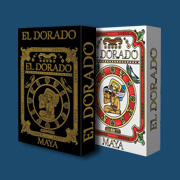 Get the beautiful set of two of "El Dorado" Playing cards based on Mayan culture. click here to buy 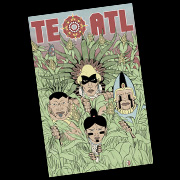 Discover how Tenochtitlan was funded on the first issue of this saga. click here to buy 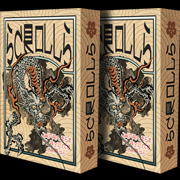 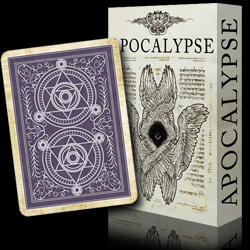 Finally, my 10th deck and possibly my last one. With this instalment I will be closing the saga of "Mystery decks" I started almost 4 years ago. The theme will be the Apocalypse or book of revelations from the bible. The launching date was August 7 on Kickstarter and will be live for 40 days. Get it now. 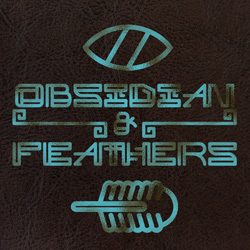 During these times there's nothing better than staying home with the family. Nothing like a board game to keep everyone entertained at home. Obsidian and feathers will be a game like no other. 3-4 players will have an epic adventure on a round board in which they have to go under to collect bones and build a "tzompantli". Follow me on instagram to see the most recent images and news about it. 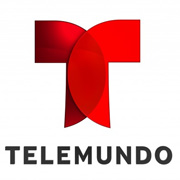 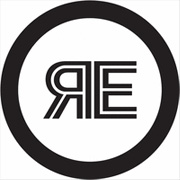